Gunpowder flasks also known as powder flasks were used by hunters and soldiers to carry their supplies of gunpowder in the 1800s and were found in a high percentage of American households. Most flasks were made of copper and were essentially metal upgrades from the powder horns of the eighteenth century. Hagley has a collection of 400 flasks.
In addition to flasks, Hagley also has a large collection of over 700 gunpowder cans covering a variety of manufacturers and designs, including DuPont, Laflin & Rand, The Hazard Powder Company and lesser-known companies such as the Eureka Powder Works and the King Powder Company. Traditional imagery on gunpower can labels would feature dogs, game animals, guns, and horns. 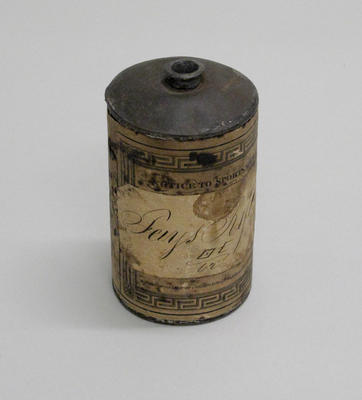 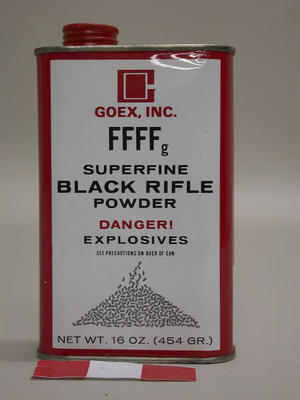 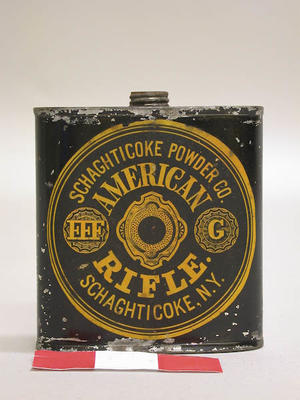 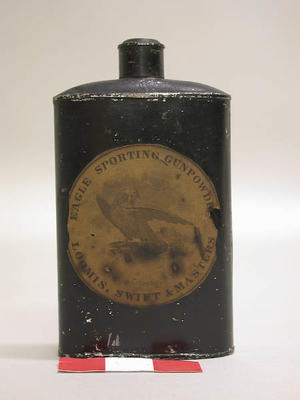 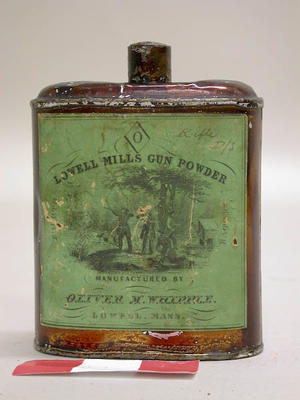 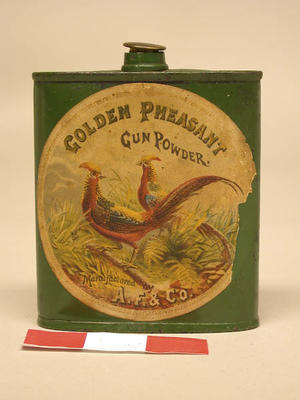 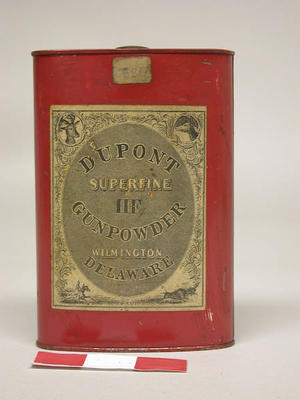 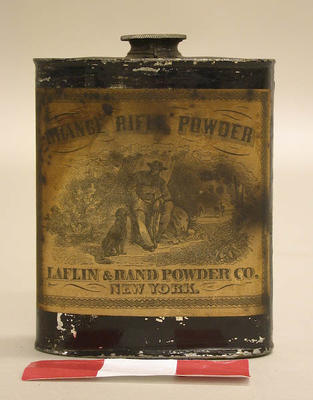 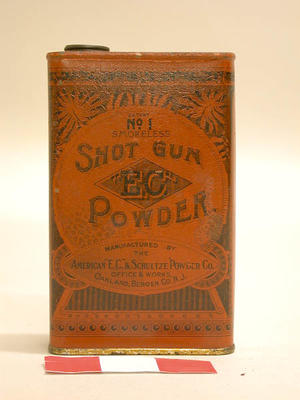 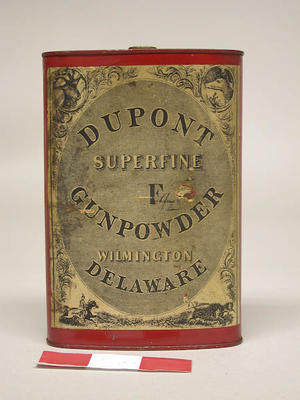 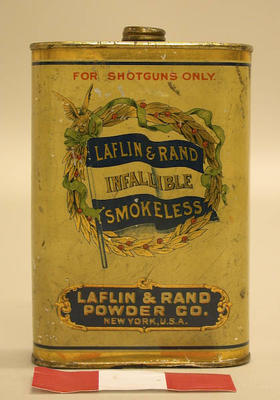 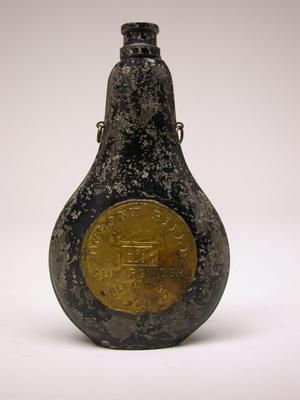 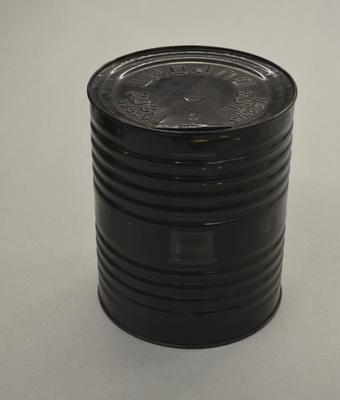 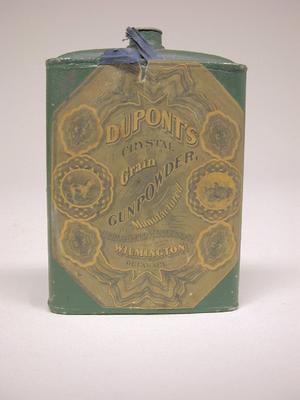 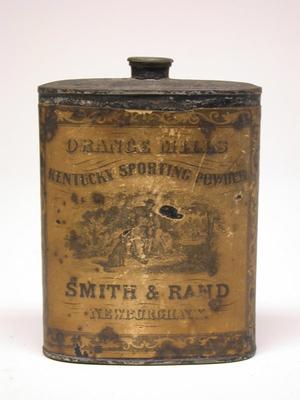 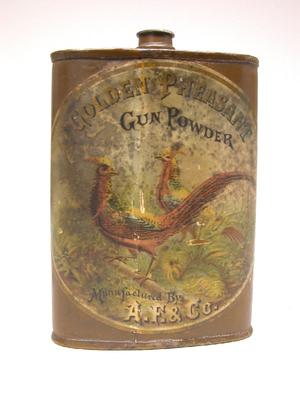 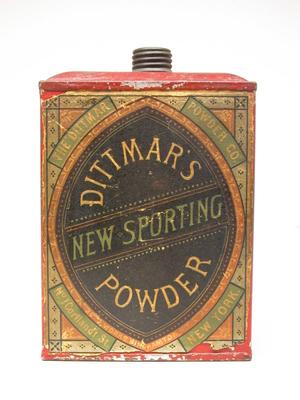 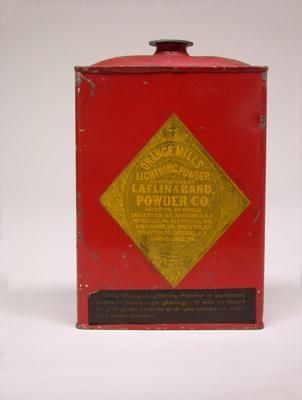 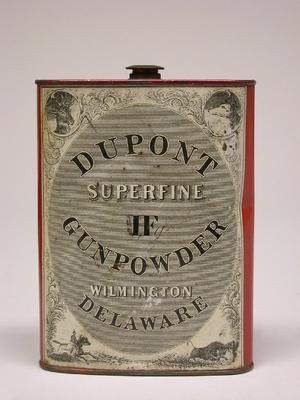