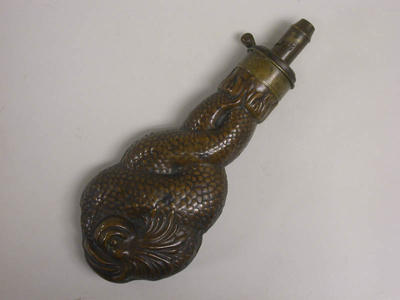 Description
“Dolphin” flasks were some of the rarer types of powder flasks produced during the nineteenth century. These flasks were only made by the Sheffield, England business Bartram & Co. The company was founded in 1851 by William Bartram and operated until 1892. Bartram & Co. manufactured a wide variety of powder flasks but was best known for this distinctive design. The intertwined dolphins were also popularly referred to as “sea monsters.”