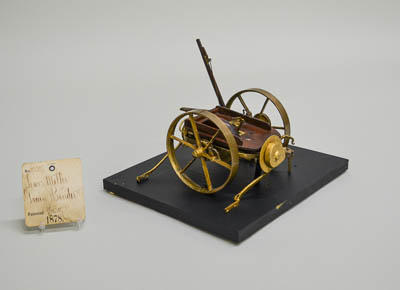 As the United States grew westward during the nineteenth-century, growing crops for food and other uses became extremely important. The fall harvest season is an excellent time to look at Hagley’s growing collection of farming-related patent models.

So far there are more than fifty patent models which are primarily related to improving machines and tools for growing corn, potatoes, grain, hay, cotton, and tobacco. The most prevalent include a variety of plows, cultivators, and stump pullers for preparing land for planting. Most of the stump pullers are machines. Later, DuPont advertised explosives for a much quicker way to remove stumps from fields.

These patents represent quite a diversity of patentees located in twenty states from New York to Georgia to California with a very large concentration from the Midwest. Three countries are even represented including France, Austria and Canada. The only woman patentee was from Canada - Pauline Herse’s 1879 Improvement in Cockle-Separator which was used in grain processing.

Hagley is fortunate to have one of Lewis Miller’s patent models. Miller (1829-1899), a prominent inventor with more than ninety patents is represented with his 1878 Improvement in Grain-Binders patent model. This is a harvesting machine with an automatic binder attached. From Akron, Ohio, Miller was well-known for his improvements to farm machinery. Inducted into the National Inventors Hall of Fame in 2006, he also held a connection with another famous inventor as his daughter Mina married Thomas Edison. Passionate about continuing education, he was one of the co-founders of the Chautauqua Institution which still exists today. 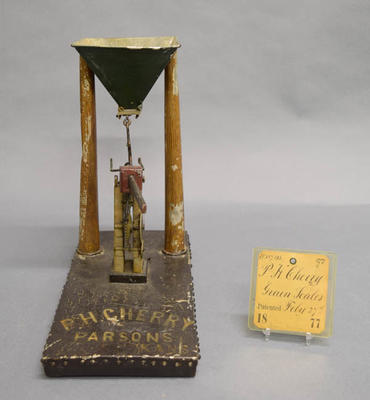