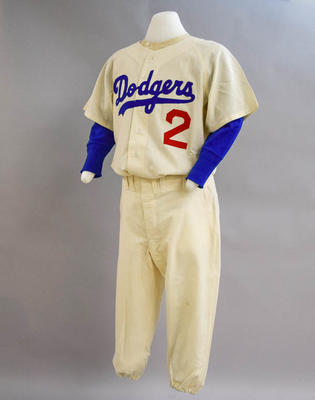 Since it is summer, it seems like every time I drive by a park, I see people playing baseball. That recently reminded me of some Major League Baseball uniforms we have in the collection. The DuPont Company connection is that they were all made from wool blended with one of their synthetic textile fibers. Each is labeled with the player’s name and year used.

The first jersey was worn by New York Yankees’ pitcher Bobby Shantz in 1957. It is his home jersey made by Spaulding. Early uniforms were made from wool, but Shantz’s is the first made with nylon. This “new” synthetic blend was 40% nylon and 60% worsted wool.

Next is the home jersey and undershirt worn by Hall of Famer Willie Mays when he played for the San Francisco Giants in 1961. His uniform was made by Tim McAuliffe, Inc. in Boston, MA. The fabric is a blend of 55% Dacron and 45% worsted wool.

Last is the 1962 home uniform worn by Hall of Famer and Los Angeles Dodgers’ coach Leo Durocher. It also was made by Tim McAuliffe, Inc. in Boston, MA, with the 55% Dacron and 45% worsted wool blend fabric.

At the time these were made, DuPont was promoting the use of their new synthetic materials in sporting equipment and uniforms. These are designated part of our DuPont “firsts” artifact collection, which means that they could have been made for promotional reasons but also for wear testing. How that worked is that DuPont would have supplied the fabric to the company making the uniforms and after wearing it, the person would have been asked questions about its wear and comfort.

These uniforms were donated to Hagley by Charles H. Rutledge who worked for the DuPont Company in the Textile Fibers Department. He gave a public program which showed what kind of objects were used in the past and compared them with the new modern objects including DuPont products whenever he could. Other items from his collection related to baseball include a baseball cap worn by the Philadelphia Athletics until the mid-1920s and a costume replica of a 1909 New York Giants travel uniform. 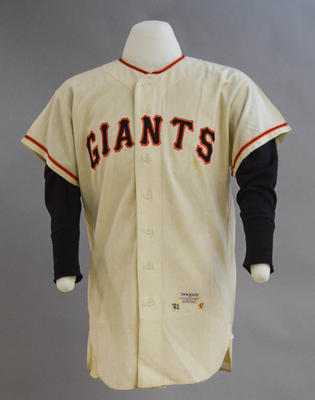 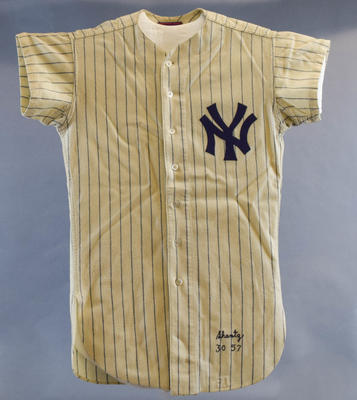 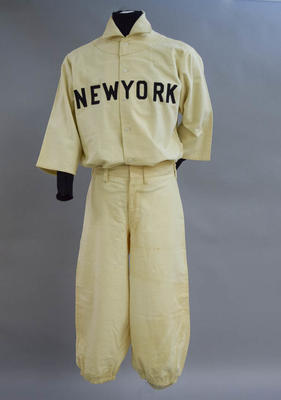 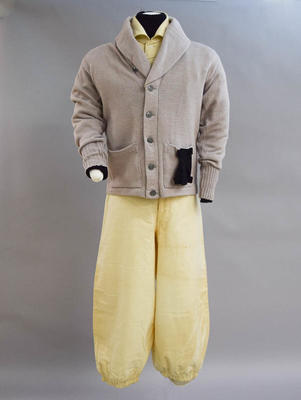 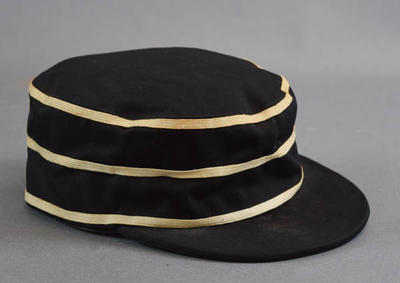