From the Object Files: The all too true tales and back stories behind some of Hagley’s most remarkable collections. (Part 4) 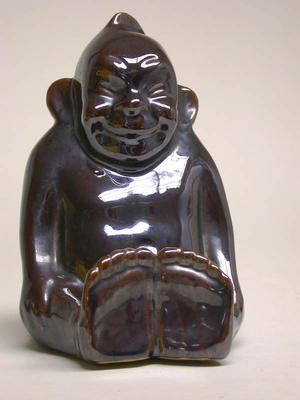 If you spend a significant amount of time amongst museum collections there are bound to be some objects for which you develop a fondness and some you just fail to appreciate. One such object came to Hagley in the Amram/Brick Woman Inventor Collection. He is a Billiken and, to me at least, seems rather unpleasant. But does that impish grin truly disguise a fiendish heart? Or is he just misunderstood?

As it turns out this little guy has no sinister intention after all. In fact it is just the opposite. It turns out, Billiken, the self proclaimed “God of things as they ought to be” was created as a symbol of good luck and good fortune. His journey began in Kansas City where a young artist teacher named Florence Pretz had a idea for a small pudgy deity who would bring luck to all who worshiped him. Miss Pretz was awarded a patent on Oct. 6, 1908 for her “design for an image” Patent Link. And not long after that small plaster statues of Billiken were available to the public. In accordance with the lighthearted Billiken philosophy, he was not available for purchase but could be obtained on a 99 year loan with a deposit of 75 cents.

Within a few short months the little grinning god was everywhere. By that fall he had his own corporate force in The Billiken Company, who managed the use of his image. His smiling face appeared on cards, as jewelry, in books and toys, spreading happiness, hope and luck where ever he appeared, including as the mascot of St. Louis University.

The little totem had become an honest to goodness national craze. By Early 1909 one of members of the company designed and patented a small throne on which the statue could be placed. A fitting seat for a happy idol.

Like all fads, the Billiken eventually faded from the public imagination. But he lives on here at Hagley as a testament to one woman’s inventiveness. (Even if I think he is a little creepy.)

From the Object Files: The all too true tales and back stories behind some of Hagley’s most remarkable collections. (Part 4) 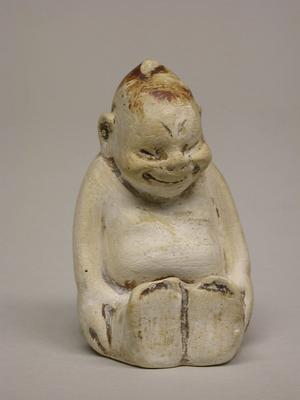 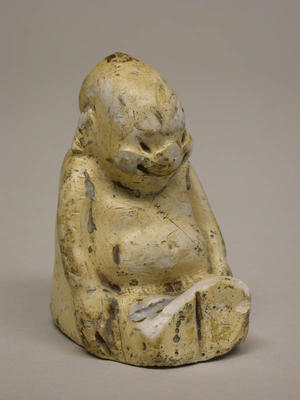 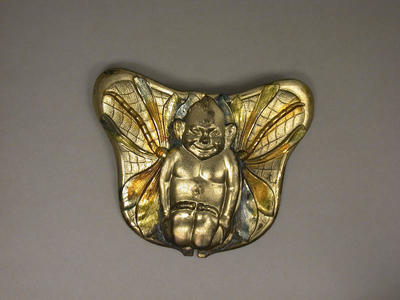 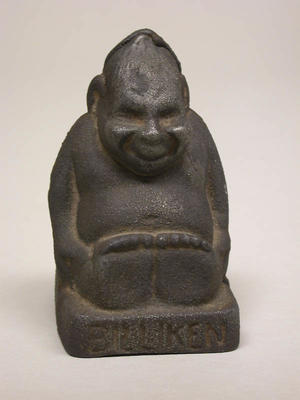