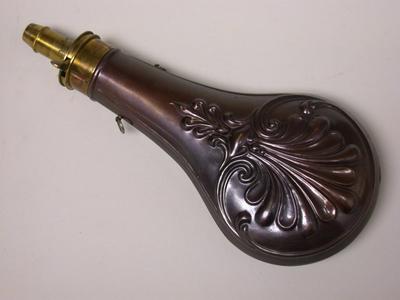 Description
The first metal powder flasks were made by French craftsmen in the late 1700s. Metal flask designs were soon copied by other European nations and the United States, but French flasks remained distinctive throughout the nineteenth century. French flasks tend to be more detailed than their English or American counterparts and use the metric system on their measuring devices. This flask was made by a Parisian artisan known only by his initials: J. N. N.